Where can we find arrays? 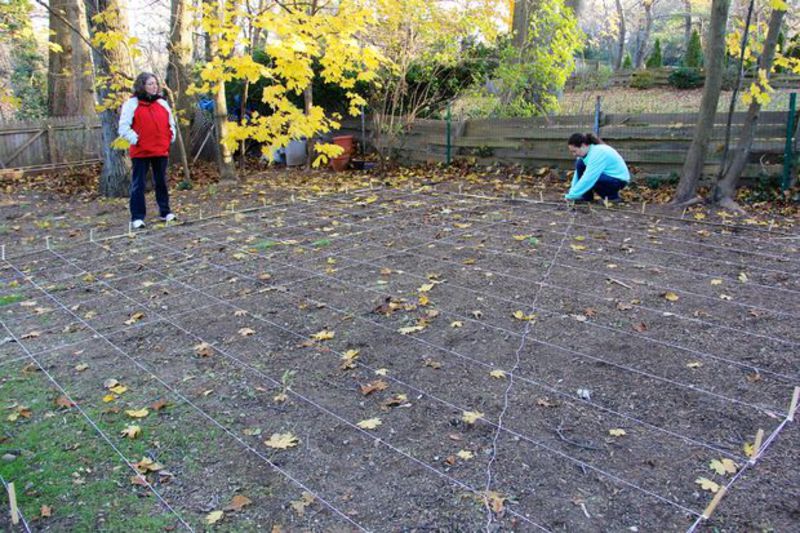 In your chosen green (or tarmac if in school grounds) open space, show a simple 3×4 rectangle on squared paper. What is the width and height?

Just like with an array, we can work out how many square cms there are by multiplying these together (count all squares to show it is the same).

What would happen if we created an array with metre sticks. What’s the area now?

Ask the children to create another rectangle with the same area but different array.

If on tarmac, ask children to make a rectangle with a different area, say 4×5 using chalk and tape measures.

If in a green space, ask them to map out the same area but using lollypop sticks as metre markers are string. They can tie on end of the string to the first one, then wrap it around every metre marker as they go. Overlapping strong should create a array.

What could this be method be used for? Planting seeds? Growing plants? Food? Trees? Reseeding grass? Counting species per square metre?

Give the children an total area to calculate, but the array that creates it is up to them. you could take this further by creating shapes in the classroom of objects, like a car made from cm2, then get them to recreate in m2 outside.